Ban on disposable plastic in the office and festivals in 2024

Ban on disposable plastic in the office and festivals in 2024 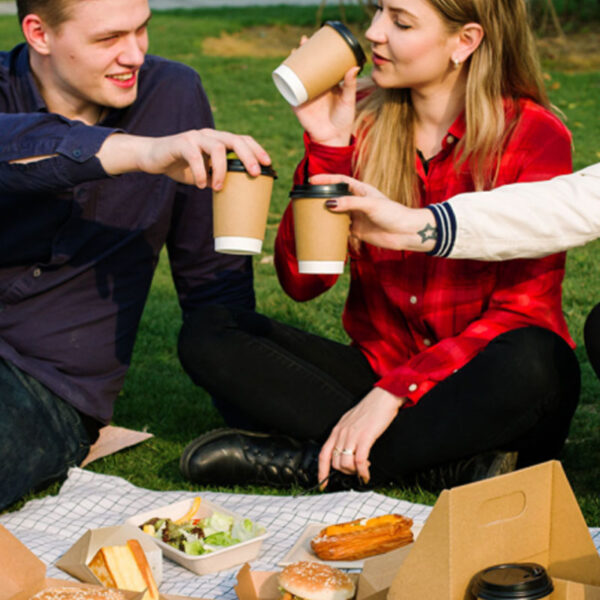 From 2024 in the Netherlands / Holland, disposable cups or cutlery will no longer be allowed in the office, in the catering industry or at festivals, State Secretary Vivianne Heijnen (Environment) writes in a letter to the House of Representatives. Cardboard with a layer of plastic is also no longer allowed there. In these places, reusable plates or cups should be used.

Cardboard coffee cups, which have a plastic layer, are no longer allowed. In addition, one has to pay for coffee cups that someone buys for the road. As of July 2023, for consumption on the road and takeaway, an amount must be paid for plastic disposable cups and meal packaging, in addition to the price for the coffee or meal. Points of sale may determine the price for this themselves. However, they must offer reusable alternatives.

In addition, some plastic packaging in supermarkets that is comparable to to-go packaging also costs money, such as a prepackaged sandwich or a salad.

State Secretary Heijnen emphasizes that ‘in the Netherlands alone we throw away 19 million plastic cups and food packaging every day, after a single use’. “We should not continue to burden future generations with that,” argues the minister. According to her, ‘a turnaround is needed from disposable to reuse’. “Many entrepreneurs are already doing well with this. In this way we prevent plastic soup, we handle raw materials more carefully and we leave behind a cleaner world.”

In the rules for less plastic disposable cups and meal packaging, a distinction is made between consumption on site and consumption on the road (collection and delivery). For on-site consumption, reusable crockery will be the starting point from 2024: the washable coffee mug in the office and the plate in the canteen and eateries.

Also, with the new rules from 2023, the bill for cleaning up the litter on the streets, in ditches, rivers and nature reserves from plastic products will be paid by the producers who put these products on the market. This applies specifically to drinking cups, food packaging, pouches, wrappers, plastic bags, cigarette filters, balloons and wet wipes. This money is distributed among government organizations that clean up litter, such as municipalities and provinces. It is, of course, everyone’s responsibility not to throw any waste on the street.

Only healthcare institutions are excluded. When absolutely necessary, companies can choose to continue using certain disposable plastic cups and meal containers, as long as they collect 75 to 90 percent of this for high-value recycling. This can be done through separate collection with, for example, a return system, so that new cups and trays can be made from the raw materials.

The ban on disposable plastics was previously announced, but is now being finalized. The European Union has rules to combat plastic litter, and this is where this Dutch tightening up comes from.

Earlier this year, the WWF warned in another report of a sharp increase in plastic waste in the oceans in the coming decades. Without action, this pollution threatens to quadruple by 2050, according to the organization. It is estimated that about 90 percent of seabirds ingest plastic and a total of 2144 animal species are affected by the plastic in their living environment.

Also in other countries, the WWF has polled opinions on plastics and regulations by Ipsos. A ban on single-use plastics is supported by about eight in ten respondents in countries such as Argentina and Australia. In the United States, that percentage is much lower: 55 percent is in favor of a ban.